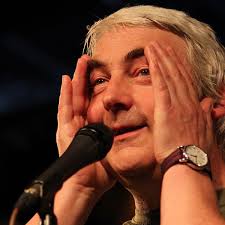 During his early 20s, Kevin McAleer spent some time walking the earth. He lived for a spell in Barcelona, not long after General Francisco Franco died.

His abiding memory of post-dictatorship Spain was the talk about inflation. “Everybody was complaining about the prices going up. A bottle of wine cost 6p instead of 4p!” he remembers joyfully.

Shortly after returning to Ireland, he got hit with the comedy bug. It was around 1980. His start on stage came at the old comedy club on Harcourt Street in Dublin (where the pay scales were on a par with Franco’s Spain). The comedy club was a basement room in the old Holyrood Hotel; it doesn’t exist anymore. He says he was petrified getting up on stage for the first time.

“It was terrifying, even with three or four pints to soften the trauma,” he says. “The first night I got up on stage, I didn’t even have material. I felt it was enough of a traumatic experience to stand up on stage without having to worry about what you were going to say when you got there. The challenge was to get up out of your chair and stand on stage and hold the microphone. I thought that was enough to be going on with...."

McAleer’s comedy routine came from Planet Surreal. One night, he delivered all his material cycling on a bike around the stage. Another time, he did his act zipped up inside a sleeping bag.

A young TV producer working for RTÉ named Anne Enright was taken with a performance he did at the Project Arts Centre and asked him to audition for a show she was working on in the late 1980s called Nighthawks, which became a legendary, subversive chat show hosted by the Eurovision winner, Shay Healy.

McAleer says Enright, later to become a famous novelist, gave him carte blanche to come up with whatever he wanted.

“She was very good at pushing me. I’ve got a habit of sitting there waiting for people to ask me to do things. If she hadn’t come and asked me to do something on Nighthawks I wouldn’t have gone in there to RTÉ. She channelled the thing very subtly. Her directions were very subtle. At that time, I didn’t realise — I don’t know if she did either — that she was going to be such a successful writer afterwards. She hid that very well.”

There was no hiding the impact of McAleer on the show. He became a cult hit in the country. He fashioned an auld fella persona who told rambling, kind-of stoned stories from a third dimension. There weren’t many one-liners. The character delivered his anecdotes in a slow, halting manner.

He was distracted-looking and used to talk out of the side of his mouth. The subject matter of his reminiscences was zany, but it sprung from a familiar, bygone rural Ireland. For entertainment, this character and his family of 17 would sit in a circle around a television, until eventually their grandmother suggested turning it on. Occasionally, their grandfather would pipe up, asking for someone to throw another slab of Moroccan on the fire. They gabbed about their neighbours, about little Neil Armstrong who went to the moon, and Jimmy Bond, whose fountain pen could turn into a double-barrelled shotgun, “and the big hairy chest on him.”

The character sketches were later packaged and released on a video entitled Turn It On. Where once McAleer struggled to fill small comedy clubs, he was now selling out six nights at Dublin’s Olympia Theatre.

Through the 1990s, while living in London, he hopped back to play Ireland’s theatres with his one-man show. He used to also pop up on our TV screens with various projects, even delivering a spoof news round-up on RTÉ’s Nationwide programme at one stage.

McAleer returned — with his English wife, the painter Valerie Whitworth, and their three beautiful children “and two ugly ones” — to live on the old family dairy farm he grew up on outside Omagh, Co Tyrone. There’s something about the Tyrone hinterland. Flann O’Brien is also from the county. McAleer’s comedy brings you to a place not unlike the strange fictional world of the great Irish satirist. McAleer had left Tyrone in 1974 to study communications at Dublin’s Rathmines College of Commerce. It was a breath of fresh air leaving the Troubles behind, he recalls.

“It was such fun to go to Dublin at 18, to discover alcohol and a different atmosphere, a different way of relating to people, more open, more relaxed levels of communication. It was only then that I realised how guarded your communications were with everybody at every level in the North.

“It was a great liberation for me to discover human communication in a much more free, normal level.

“People would say what they thought about things in the South. Up here, there’s the old ‘whatever you say, say nothing’ cliché. That permeated everybody’s level of relationships — not just political, but personal as well. It was an eye-opener for me to hear people saying what they thought or felt about anything in Dublin. Throw in a bit of alcohol and you’ve got a fantastic thing called human conversation. People in the North just didn’t move their lips. It’s a skill I still have.”

“Obviously things are a bit more relaxed now, but that northern habit of saying nothin’ is very much alive and well. I’ve been trying to learn Irish for the last couple of years and I go to a conversation circle and you don’t get that much chance to practice your Irish in a conversation circle here because people don’t say much in any language. They even have the conversation circle in the library. It’s a good place for it. It just adds another level of silence to the whole thing.”