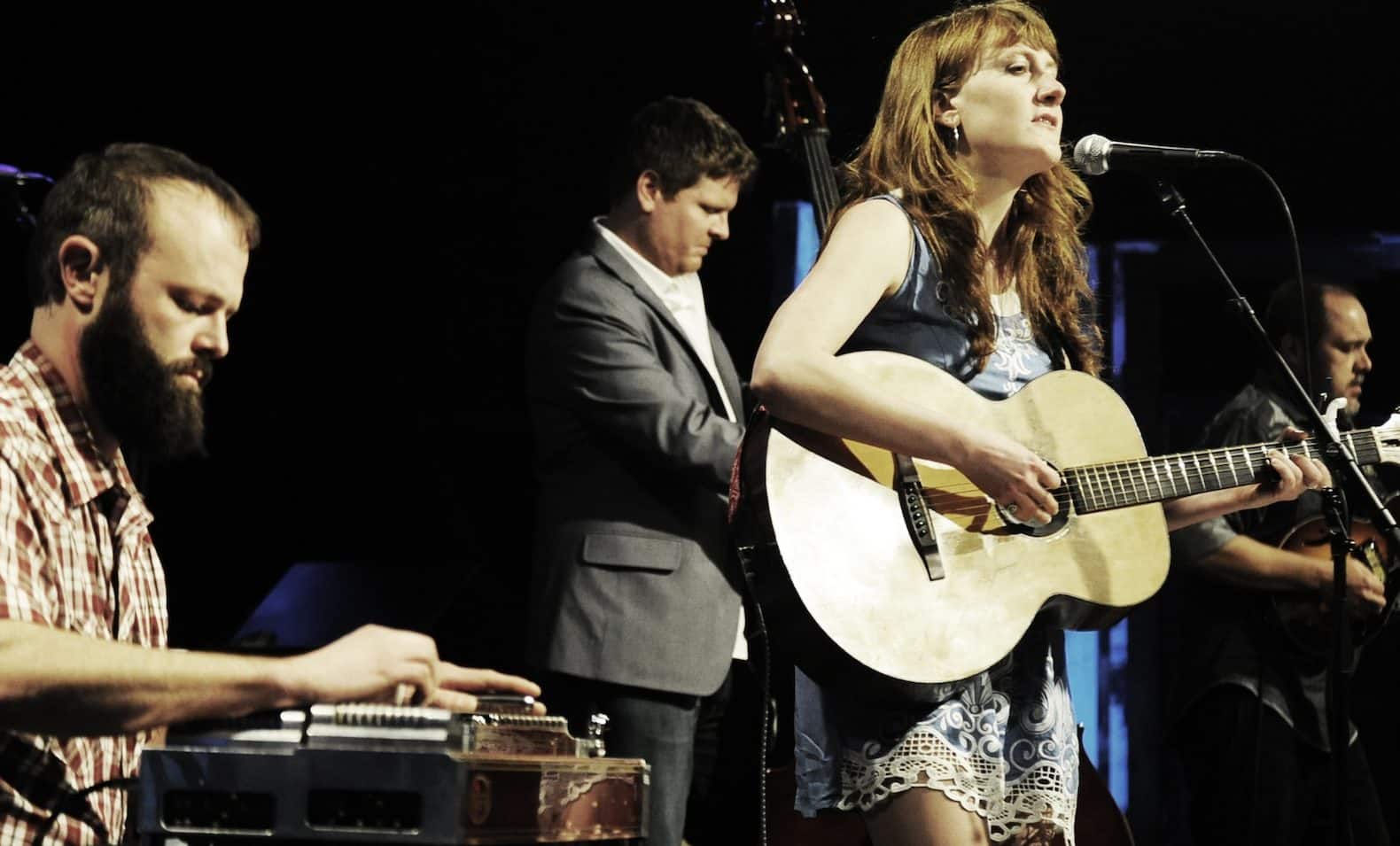 Lyrically driven, the songs of Amanda Anne Platt & The Honeycutters blend the band’s old-school country roots attitude with their shared influences of rock and folk.

“In between the country-pop music of today and the gritty sound of yesterday you find The Honeycutters with a country-Americana sound that catches the ears of both the young and old. Musically, they make a traditional, honky-tonk-flavored sound bursting with driving rhythmic ambition, enchanting melodies and deeply poetic lyrics.” – Alan Cackett

There is an empathetic and charming wit engrained in Platt’s songwriting. She has a knack for accessing a deep well of emotion and applying it to her story-telling, whether she is writing from her own experiences or immersing herself into the melody of emotions in another person’s life.

Performing along with Platt, The Honeycutters are Matt Smith on pedal steel and Stratocaster, Rick Cooper on bass, Josh Milligan on drums and harmony vocals, and Evan Martin on keys and Telecaster.

The successes of On The Ropes [2016] and Me Oh My [2015] have propelled Anna Anne Platt and The Honeycutters onto the national scene and they have been featured on NPR’s World Cafe’s Sense of Place, NPR’s Mountain Stage, Nashville’s Music City Roots, and Folk Alley and they have performed at AmericanaFest, MerleFest, and IBMA. On The Ropes debuted at #39 on iTunes Top 40 Country Chart on release day and landed on a plethora of year end lists including placing #35 on the Top 100 Albums played on Americana Radio in 2016 and landing at #1 on Western North Carolina’s WNCW Radio’s Year End Listeners Poll of Top Albums of 2016!

“Amanda is so good it’s ridiculous. I don’t even know what words to use. Her singing, songwriting and presence is unmatched in Americana, Country, Pop… Simply breathtaking” - Saul Davis