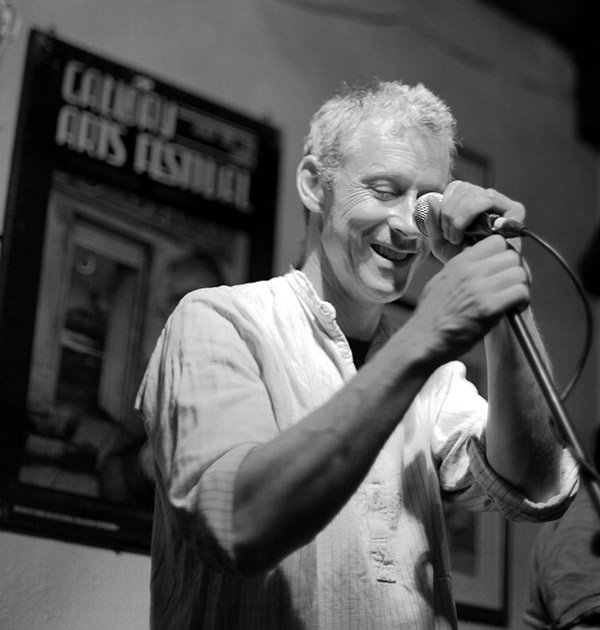 This June bank holiday weekend we’re delighted to see Ger Wolfe returning to Castletownbere to launch his new CD 'Melody Bright & The Favourite Sparrow'. Joining Ger on the night is drummer, bass player, producer and long time musical collaborator Martin Leahy. Martin brings his own unique musical style to perfectly accompany Ger’s songs; the two have gigged together since the late 1990’s. Expect a great night’s banter and music of the highest calibre.

The new compilation CD includes the brand new single “Love is in The Lost and Found”, this is a collection of some of Ger’s finest work to date, highlighting the sheer depth of original material he has recorded with his band ‘The New Skylarks’ with a back catalogue of seven full albums to date including ‘I Have Been Loved’ the 2014 release beautifully recorded and produced by Martin Leahy.

On the night we can look forward to songs like ‘The Curra Road’, ‘Standing in Doorways’ (also from ‘Other Voices’), the Africana influenced ‘I Have Been Loved’ and the likes of ‘The Lark of Mayfield’ and “Heaven Paints her Holy Mantle Blue”. With a quirky sense of humour, great singing and a highly unusual finger-picking guitar style.

“Ger Wolfe has his own unique accent, his own special voice that takes us to the heart of the song" ~ Philip King
“Ger Wolfe’s songs always raise my spirits” ~ Christy Moore
“The poetic soul of Ireland” ~ John Spillane
"The Curra Road ...is a classic of grace and simplicity and should become a folk standard" ~ Alan Lewis, The Boston Globe
“Ger has an utterly original approach to his craft…his songs have a lyrical, timeless quality, pandering to neither fad nor fashion...a rare and unique creative talent" ~ Paul Dromey, The Examiner
“Sure-footed and astute, one of Ireland’s most distinctive folk songwriters Ger Wolfe has created a niche that is uniquely his own” ~ John O’Regan, fRoots