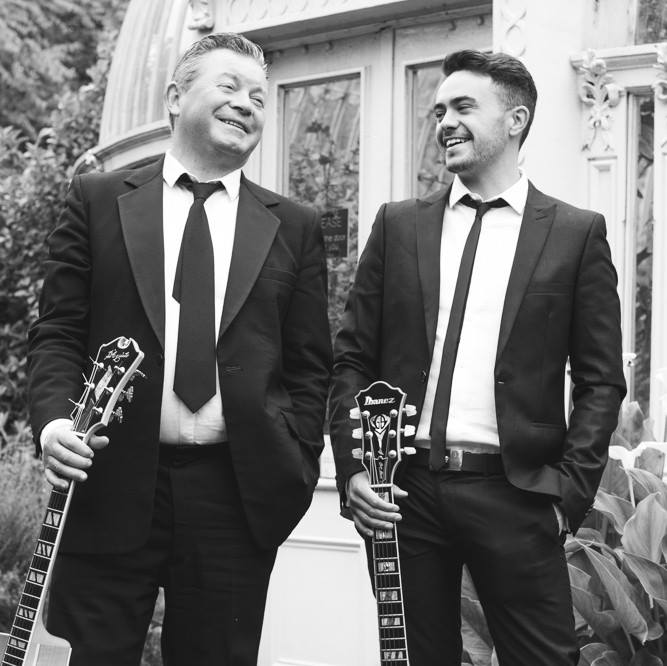 On Saturday 13th July, we welcome father & son duo Nigel and Charlie Mooney back to the High Tide Club. Nigel is regarded as Ireland’s most accomplished jazz singer and guitarist. He is a self-taught musician and was influenced by blues from a young age. He has been a charismatic leading figure on the Dublin Jazz scene since the 1980s. His band, Gripewater Blues Band, pioneered the blues movement in Ireland. He possesses a rich tenor voice paired with melodic jazz guitar.

Charlie Mooney appears alongside his father. Charlie is a graduate of the Newpark School of Music, with a degree in jazz guitar. He plays solo and also leads a jazz quartet around various venues in Dublin. The pair will appear together at the High Tide Club as Mooney & Son.We are highly anticipating an evening of bluesy, dynamic jazz in the gallery.