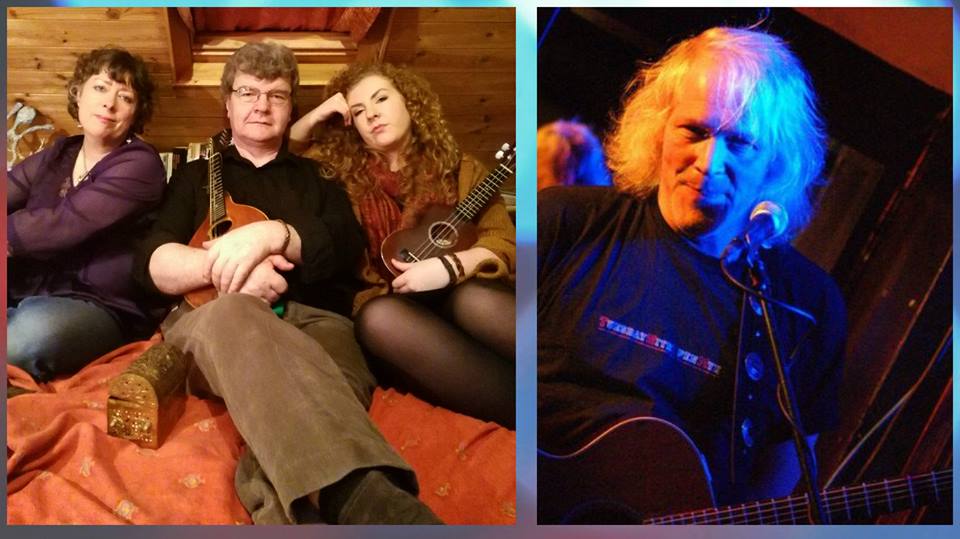 Greenshine are a Cork-based family trio comprised of Noel Shine, Mary Greene, and their daughter Ellie Shine. Their music draws influences from contemporary, folk and roots, and is characterised by fast picking and close, warm harmonies.

Noel is a multi-instrumentalist, picking up guitar, mandolin, bazouki, amongst other instruments, effortlessly. Mary has sung with various well-known Irish musicians such as Christy Moore, and psychadelic experimental folk band Dr. Strangely Strange, who are themselves no strangers to the High Tide Club. Together the pair have released two albums, ‘The Land You Love the Best’ And ‘Unspoken Lines.’ Mary has released a solo album entitled ‘Sea of Hearts’ which was rated 8 out of 10 by Hot Press. Daughter Ellie has grown up surrounded by music and joined the band officially in 2013. She accompanies herself on ukulele. In 2016 the band released their album 'The Girl in the Lavender Dress', which was called “One of the most creative things to come out of Ireland for quite a while.”  by Aonghus McAnally Radio Presenter/Producer RTE Radio 1.

We are delighted to welcome Greenshine back to the High Tide Club, for what promises to be a beautiful evening of musicianship.