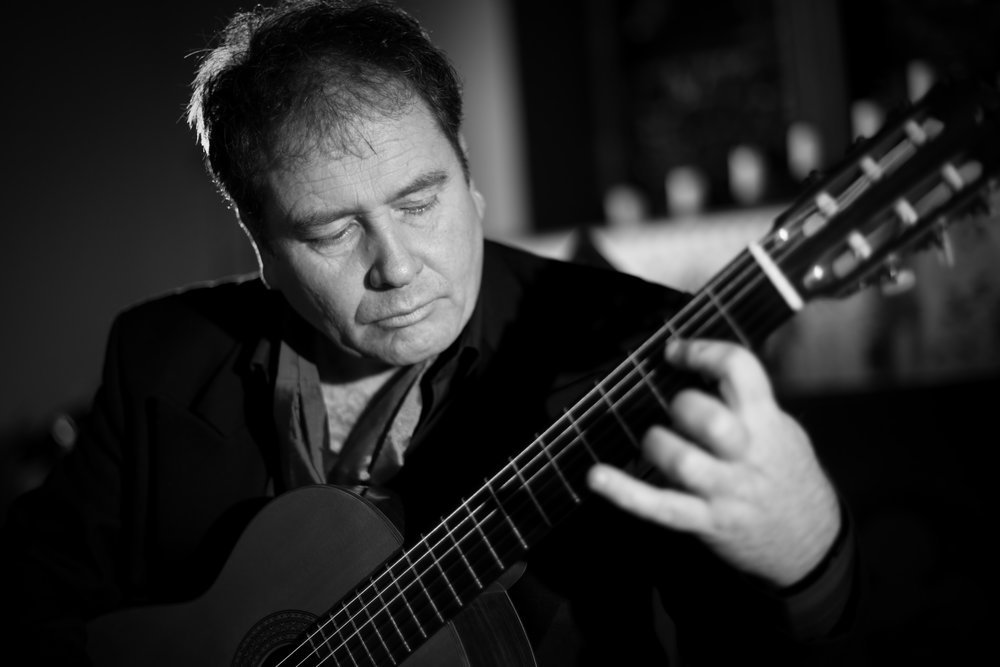 We are very privileged to host Pat Coldrick Classical Guitarist once again after his recent sell out show at The National Concert Hall in Dublin. Pat is an Irish Classical Guitarist and Composer, who has been working for the last six years in Ireland but has also performed Recitals in Europe, the USA and Russia. Pat has been described as ‘pushing the boundaries of classical guitar’ with his musical interpretations and compositions and has made Classical Guitar exciting, interesting and more accessible to music lovers in general. Through his interpretation of music and by exploring and embracing new technologies he strives to enhance the dynamics of the classical guitar and bring his music to a wider audience both at home and abroad.

To date Pat has produced 3 albums – Cayendo in 2010, CityJam in 2014 and the latest Ophelia, released in November 2018. Since the launch of these albums his music has been played on all the major radio stations in Ireland and abroad. It’s fair to say that Pat’s music is currently attracting a lot of attention in classical quarters and beyond. Pat is now widely acknowledged as a very accomplished musician and composer who is succeeding in bringing classical guitar music ‘Centre Stage’ where he so passionately believes it belongs.

Pat has gained considerable recognition throughout Ireland and Internationally both as a performer and composer. Some highlights of his achievements to date include:

Sell Out Concerts: 2 Sellout Concerts in The National Concert Hall· Performed with Degani Ensemble under the leadership of Alan Smale (RTE Symphony Orchestra)· Invited to Play with the RTE Concert Orchestra in Temple Bar in November 2014 for Dublin Culture Night.