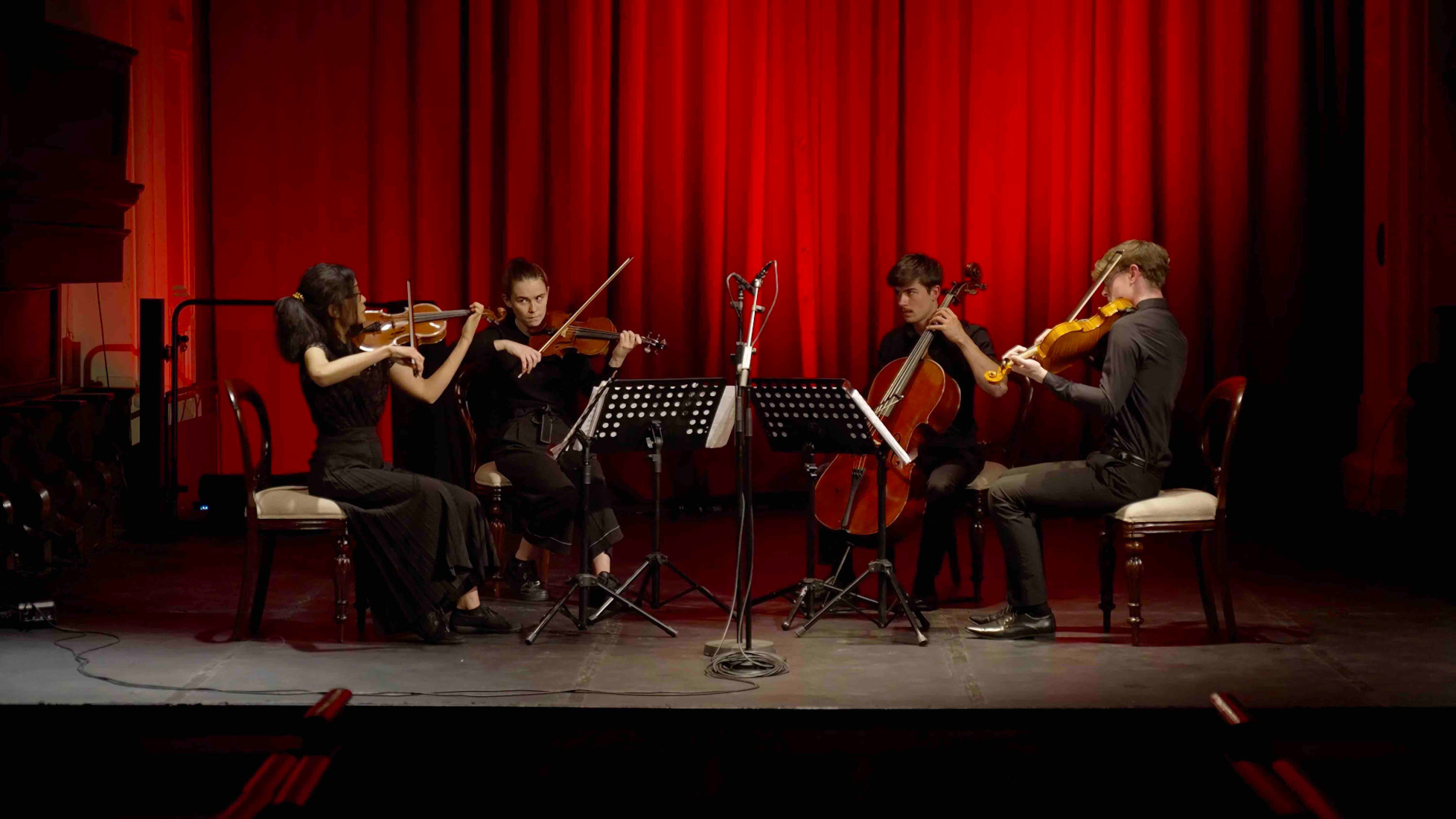 Sarah Walker Gallery is delighted to host The Allora Quartet performing as part of the West Cork Chamber Music Festival.

Formed in 2020, the Allora Quartet is made up of four exciting young musicians from Cork; Megan Chan and Michelle McCarthy on violins, Stephen Kelleher on viola and Michael Murphy on Cello.

An enthusiastic chamber musician and former student of MTUCSM, Megan currently studies violin with Keith Pascoe. She is a prize-winner in local and national competitions and was former co-leader of the National Youth Orchestra of Ireland and SinfoNua.

Michelle has been playing the violin since the age of 4. She is an avid chamber musician and has played in many venues across Ireland. She previously studied in the Cork School of Music with Gregory Ellis.

Michael Murphy is a past cello student of Christopher Marwood at the MTU Cork School of Music. He has been principal cellist of the National Youth Orchestra and was the 2019 winner of the Frank Maher Classical Award.

Stephen Kelleher is a past student of Simon Aspell having studied viola at Cork School of Music since the age of six. He is a keen chamber musician having played at previous Bantry festivals and numerous concerts with the Danu Quartet.

This is the fourth year of the West Cork Chamber Music Fringe Festival with performances happening at several beautiful locations on West Cork from June 24th until July 3rd.