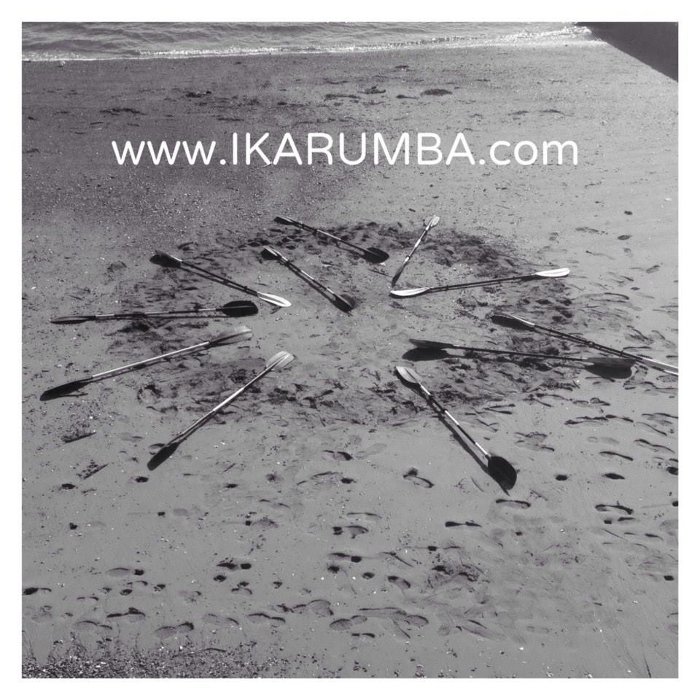 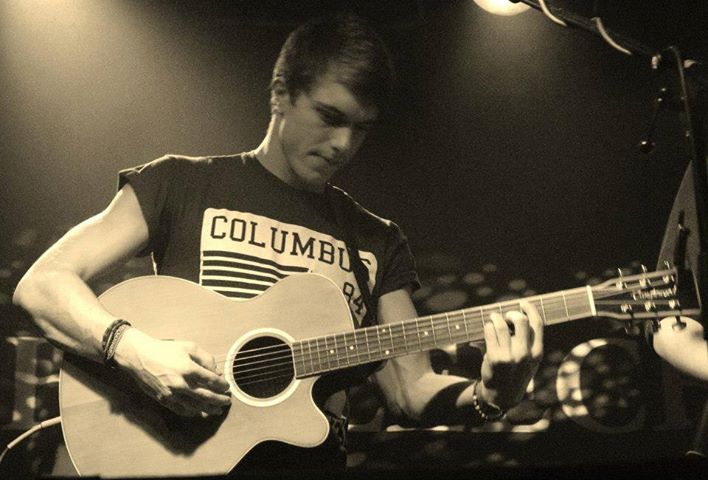 Following a highly successful 2013 tour Sam Evans and his band will again be touring Ireland in 2014 playing at 12 unique venues over 7 nights in July / August.Sam, 19, is a “rising star” having performed over 100 gigs in the past 12 months at venues such as The 100 Club, London; The Troubadour, Earls Court; Mojo Club Bucharest plus festivals at Dot to Dot, Harbourside (Bristol) and Party in the City (Bath). 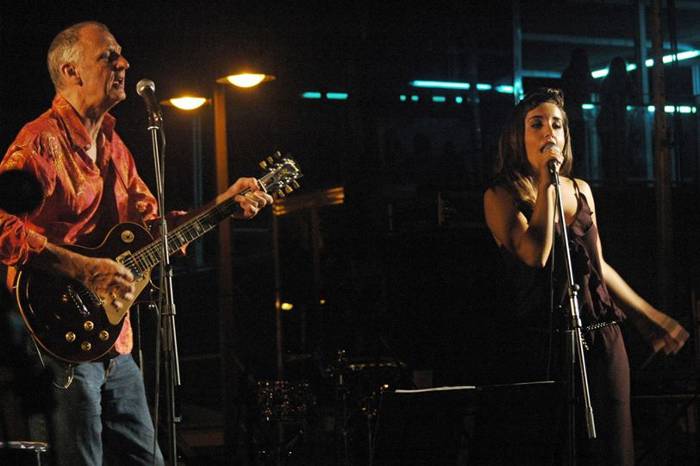 Stephen Housden is regarded as one of the finest guitarists in the world. Well known as guitarist with Little River Band for more that two decades, he has also played and recorded with such music legends as Warren Zevon, Glenn Frey (The Eagles), Dr. John, Christopher Cross, John Entwistle (The Who), Renee Geyer, P.F Sloan, Albert Lee, Steve Cropper, The Seekers, Noel Redding (The Jimi Hendrix Experience) and many, many others. 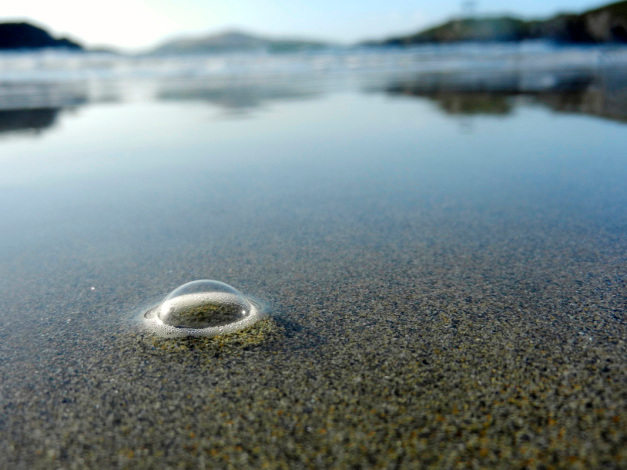 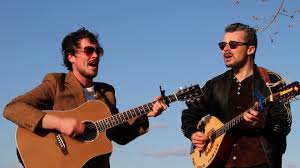 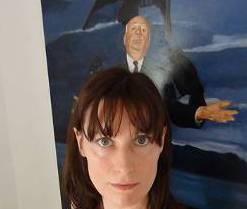 The High Tide Club  is delighted to announce the forthcoming acoustic gig with two of the band members Gavin McCabe & Will Slattery. Hailing from Bray, local heroes The Cujo Family are a folk rock band who have been creating their own brand of hard edged folk, or “hardfolk” for the last five years.

Since forming, The Cujo Family have released their self titled debut album to critical acclaim, and have played at festivals all over Ireland (including the last five years straight at Electric Picnic) and gigs in pretty much every Dublin venue worth its own salt, including Whelan’s, Grand Social, The Workmans Club and many more. 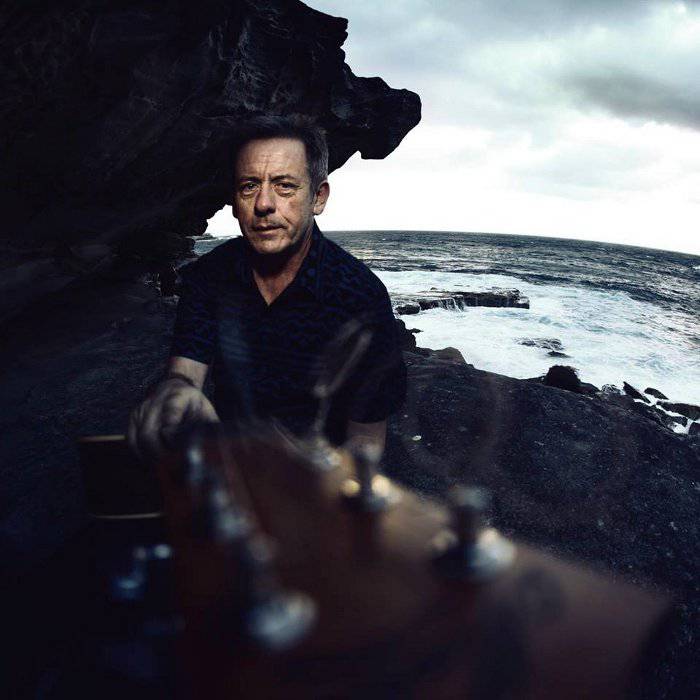 With a poet’s heart and a rockster’s soul, Luka Bloom is regarded as one of Ireland’s best-respected contemporary folk artists, having produced 20 albums since the 1970s, Bloom continues to push the boundaries of what his music can do, and the 2012/13 Heartman Tour proves he is still making provocative, poetic music that delves deep into the intricacies of the human soul and pulls out the nuggets and puts them in a song.

Jon Kenny is one of Irelands premier Actors/Comedians. Jon’s career in entertainment started at the age of sixteen as lead singer in the glam rock band GIMIK, who toured extensively in Ireland and the UK, and were also one of the first bands to tour Eastern Europe. In the late eighties Jon formed the D’Unbelievables with Pat Shortt and proceeded to write and perform in a whole series of shows including The Cattle Dealer’s Lament, Mad Jax Show, It’s My Shout, One Hell Of A Do, I Doubt It, Says Pauline, and D’Ats Life. D’Unbelievables proved to be Ireland’s most popular comedy duo ever.

'An energetic and irreverent crew of punk rock newcomers' - Hotpress
'‘Would stand up to anything from popular folk bands like Mumford & Sons or The Lumineers’ – 2 u I bestow Irish music blog
'Energetic, engaging and entertaining to say the least!' - Limerick Leader 'Galway folk mayhem makers'- Gti Gazette  'Get ready to cause a ruckus and have some foot-stomping fun' - Connaught Tribune 'Flamboyant folk band' - Galway Advertiser 'Galway liveliest live band' - Galway independent 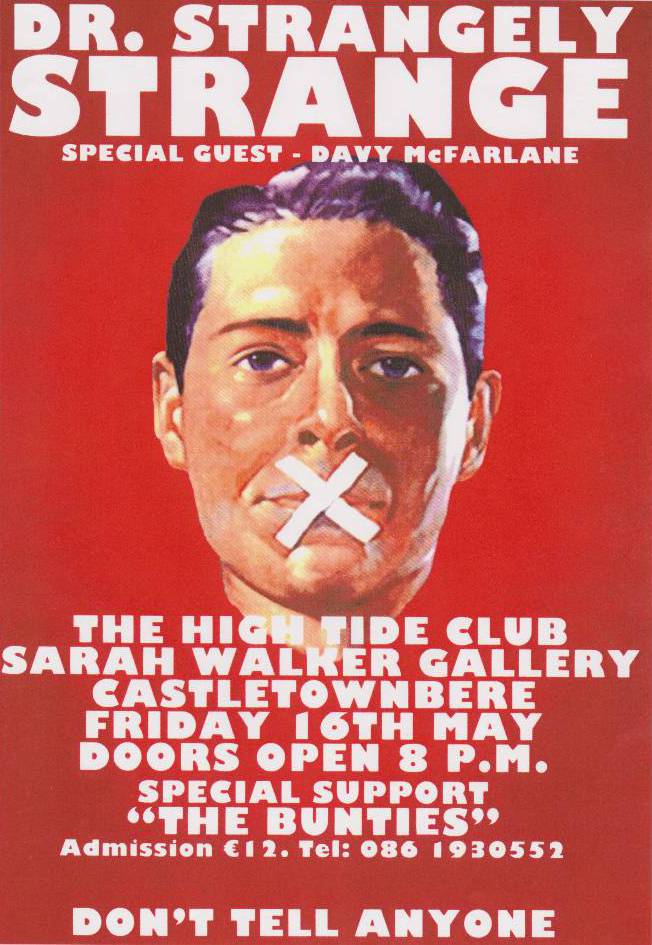 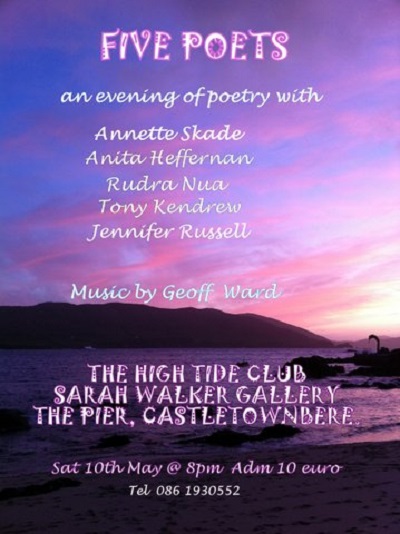 Annette Skade is an award winning poet whose first collection Thimberlig was published following Skade's receipt of the Cork Reviev Literary Manuscript prize in 2012. Her poems are energised by a perspective that is 'at once small as a wormhole & wide as the curve of star netted space. ' Annette is the principal of a rural national school in West Cork & is in the process of writing for a second collection. Anita Heffernan is living in Kenmare, Co. Kerry & is a member of Hungry Hill Writers Group. She has previously been published in Podium 111, Samhlaiocht Chiarraí and Breachadh, An anthology of Kerry Voices. 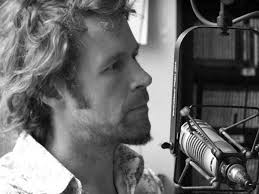 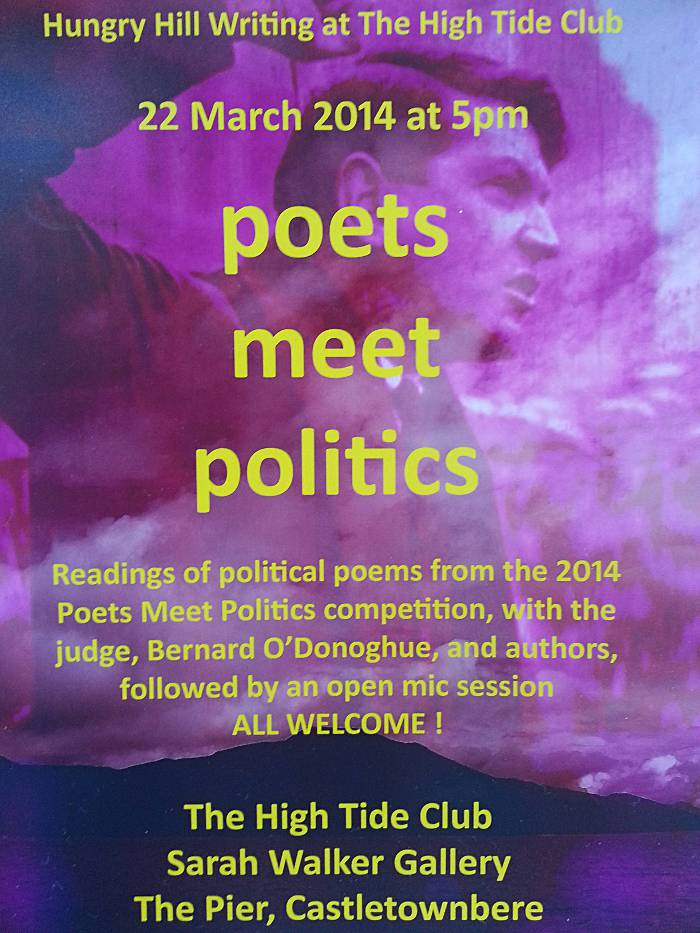 Poets Meet Politics is a competition, sponsored by Hunger Hill Writing, for poems with a political slant. The competition attracts entries from around the world as well as from Ireland.

At this event authors and others will give readings of all the shortlisted poems, with comments from the competition judge, Bernard O'Donoghue (poet, critic, and academic) and presentation of the award.

There will also be an open mic session. Refreshments and Hungry Hill Writing publications will be available. All Welcome!

Bean Dolan & Irene Niamh Dunne joined together as a band in April 2013. They have an eclectic folk sound which is complemented by their use and love of harmonies. Bean has been a full time Musician for 12 yrs, playing a variety of instruments, usually favouring acoustic guitar & double bass. After releasing his solo album in 2008 he went on to join Jukebox Gypsy 5 yrs ago, with whom he still tours. Bean & Irene are influenced by artists such as Gillian Welch, Sheryl Crow, Paul Simon, Crosby, Stills & Nash. They will kick off their gig at The High Tide Club @ 8pm Friday 28th March. Admission €10. 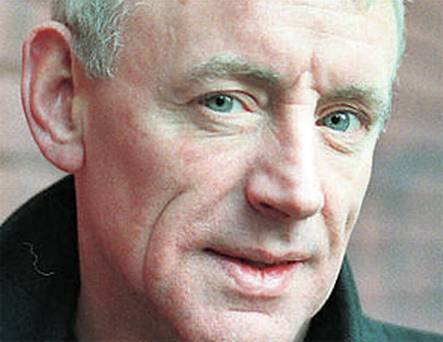 Don Baker, Irish blues musician will perform at The High Tide Club on Sat 15th March @ 8p.m. Don became a musical figure in 1979 when he was invited by the Late Late Show to compose a song about inner city Dublin.Over the years since then, Baker has built a solid reputation as a singer, guitarist, harmonica player and songwriter. Many of his own compositions offer disarmingly honest reflections on aspects of his own life and personality, and he has openly spoken of his deeply spiritual approach to life and people. He has also appeared in several films including In the name of the Father & On the nose & most recently appeared in the very popular series Love Hate. Don's new album My Songs, My Friends features a star studded line up including John Spillane, Sinead O'Connor, Mik Pyro, Clara Rose & Liam O'Maonlai amongst others. Tickets are €12 & can be booked on 086 1930552. 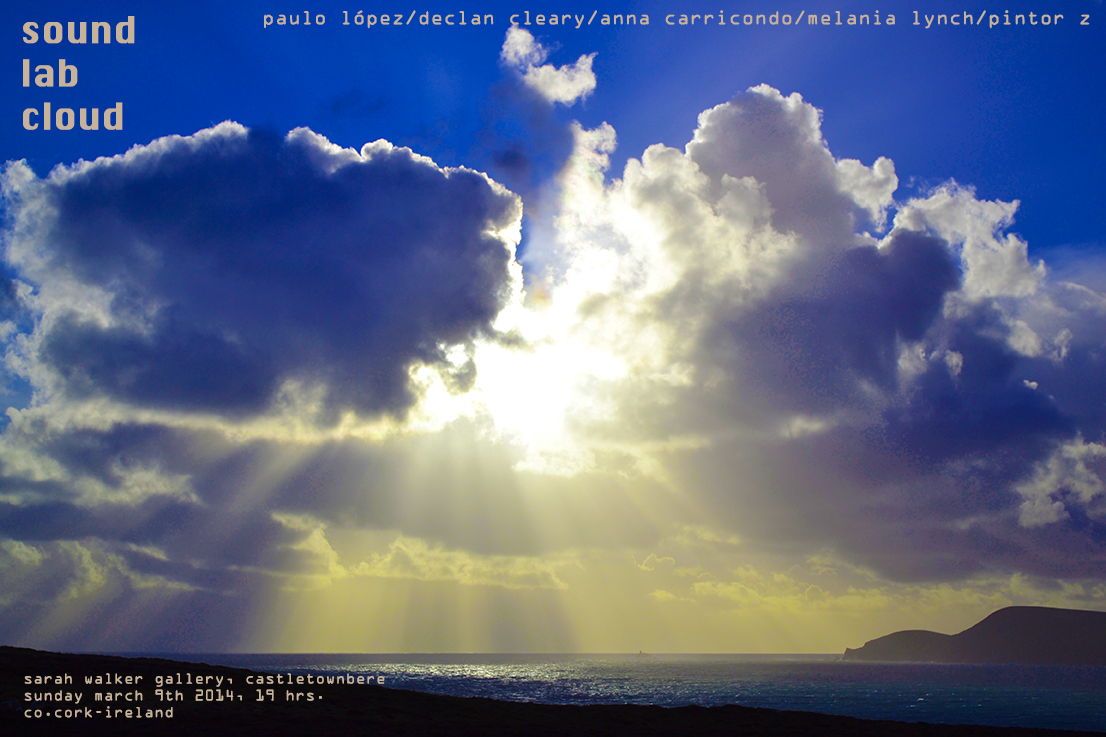 "... With the invention of machines, Noise was born. Today, Noise triumphs and dominates sovereign over the sensibility of men .... "The Art of Noises. Futurist Manifesto, 1913. This work is about sound made ​​from improvisation, mixing, blending and testing aspects of sound experimentation, noise, electronic music, ambient, etc.. The performance uses different media and sounds, different software for music creation for computers, circuit bending on electronics like walkeytalkeys and percussion- acoustic instruments (bells).

'Greenshine' at the High Tide Club 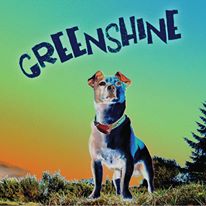 Mary Greene, Noel Shine, Ellie Shine perform and launch their new cd 'Greenshine' at The Sarah Walker Gallery on Friday the 13th of December at 8pm. This special night will also feature MIK PYRO of the renowned Dublin band, Republic of Loose. A show not to be missed!

The Kings of Kudos Return to the High Tide Club 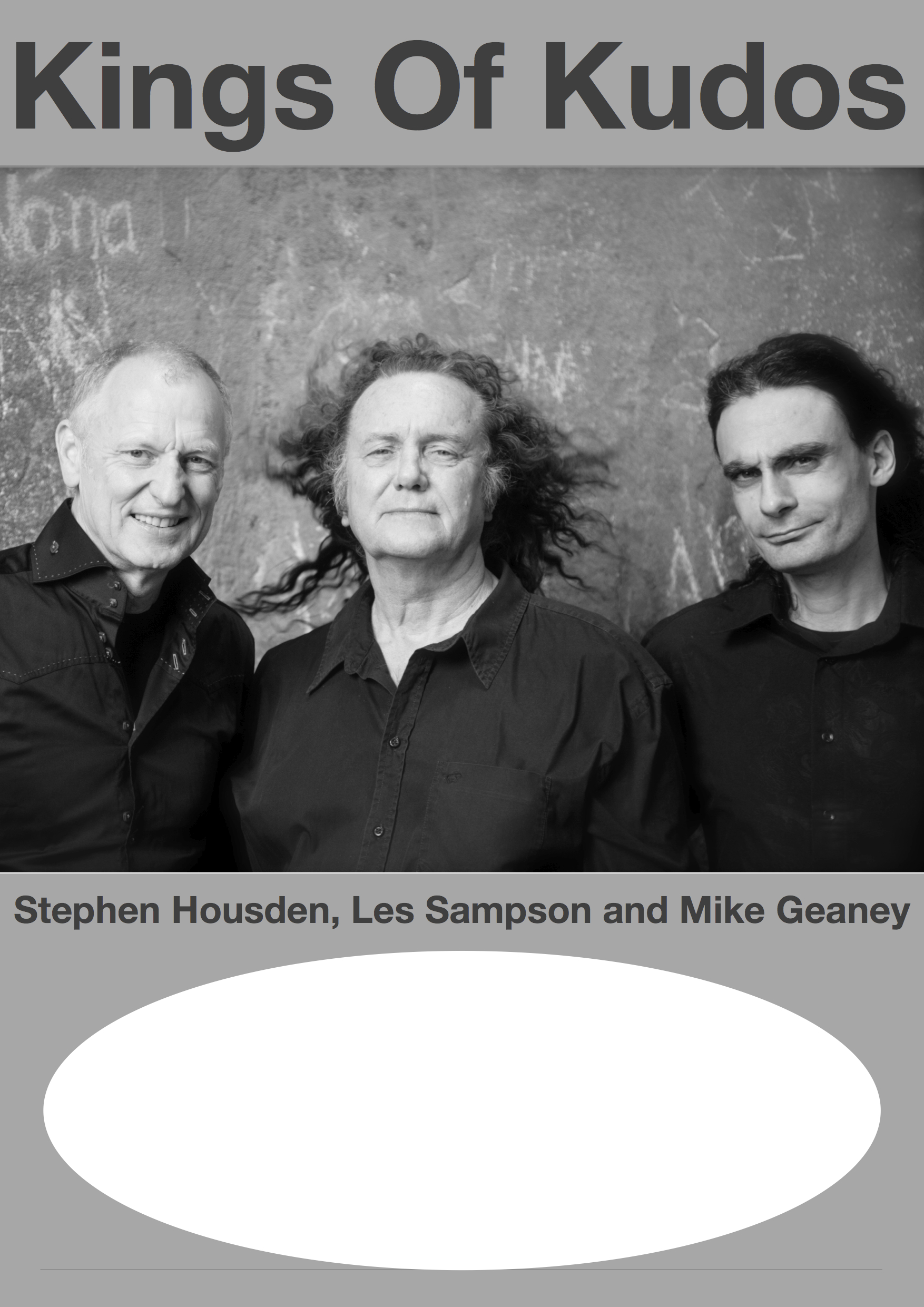 The Legendary Kings of Kudos are back at The High Tide Club, Friday November 29th. After their fantastic first performance here at the Sarah Walker Gallery, Stephen Housden, Les Sampson and Mike Geaney will be making their much anticipated return. Come along for the exquisite musical experience that is the Kings of Kudos.

Stephen Housden is regarded as one of the finest guitarists in the world.  Well know guitarist with Little River Band for more than two decades, he has also played & recorded with such music legends as Warren Zevon, Dr. John, Glenn Frey, Christopher Cross, John Enthwhistle (The Who), Noel Redding (The Jimi Hendrix Experience), Steve Cropper, Renee Geyer & many, many others.

Bill Griffin and the Life of Francis Bacon

THe High Tide Club presents... A one man performance by artist Bill Griffin giving insight into the life of artist Francis Bacon. 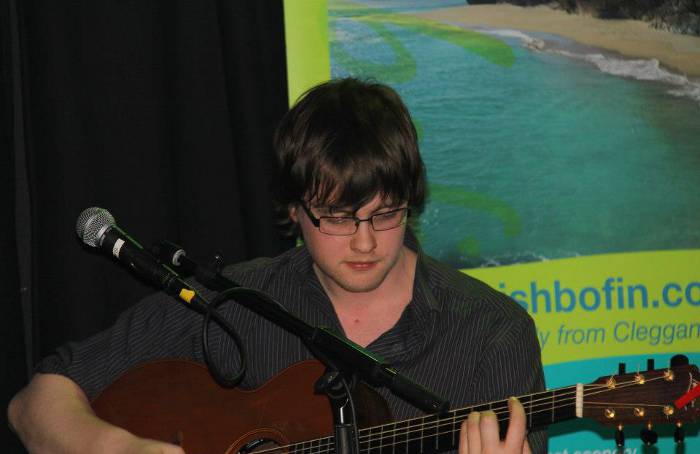 Joe Junker , another young and upcoming Singer/Songwriter will play at The High Tide Club. Luke Murray will accompany him.

Sam Evans is our next performer at 'The High Tide Club' on wed 7th Aug @ 8p.m. Admission €10. Sam plays an incredible jazzy, urban vibe that you just have to move to. BBC radio Bristol interviewed Sam recently and said he is "fantastically talented .....going to go to some great places". Spread the word.........

The Senile Delinquents at The High Tide Club

The Senile Delinquents are a Somerset based expandable bluegrass duo.  Mikki Barry on banjo and vocals and Kara Richardson on guitar and vocals. We deliver a tender blend of bluegrass folk and country.

Since the release of Mikki's debut album The Banjo The Bucket and The Gun, in May 2012, they have been playing non-stop at open mics and folk clubs such as The Bradninch Folk Club, The Village Pump in Trowbridge, The Hatch at Hatch Beauchamp and gigging at festivals, bars and barnyards in Devon and Somerset, including apearances at Sunrise Festival, Lakefest, Bradninch Music Festival, The Eldon House in Bristol and The White Post Inn at Rimpton, and a live radio session fro Frome FM.

Since recording The Banjo The Bucket and The Gun, they have been on incorperating the songs ( all originals) from Kara's forthcoming Album A Short Study On the Nature of Love and Drink, into the set.

Read more: The Senile Delinquents at The High Tide Club 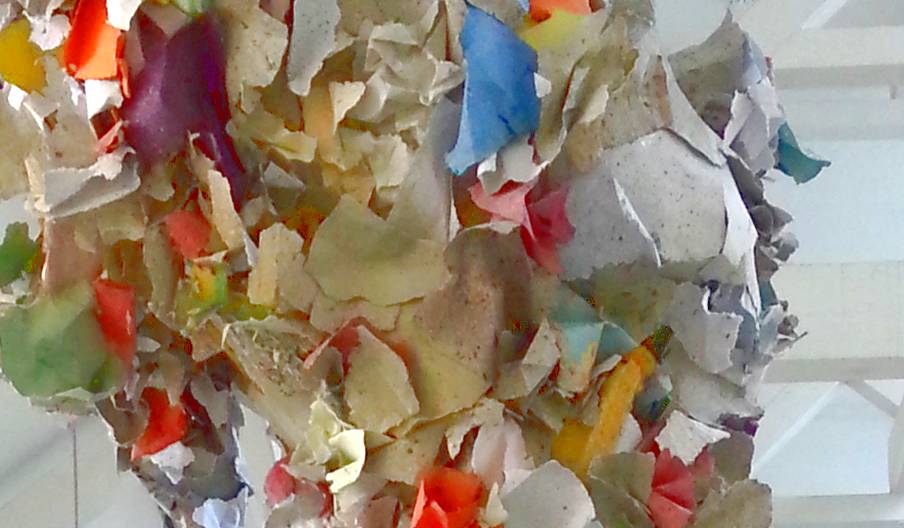 Childrens art workshop in response to the current graduate exhibition Date and Time: 12th to 16th August 11am to 2pm daily Open to children of primary school age Cost €30 per child for the week. Sean O'Laoire will be running a summer camp for children from Monday August 12th to Friday August 16th during the Graduates Summer Show. This creative workshop will encourage children to respond freely and expressively to the artwork around them. Art materials provided.

The Legendary Kings of Kudos  featuring Stephen Housden join us at The High Tide Club Friday 28th June @ 8 p.m.  Stephen is regarded as one of the finest guitarists in the world.  Well know guitarist with Little River Band for more than two decades, he has also played & recorded with such music legends as Warren Zevon, Dr. John, Glenn Frey, Christopher Cross, John Enthwhistle (The Who), Noel Redding (The Jimi Hendrix Experience), Steve Cropper, Renee Geyer & many, many others. 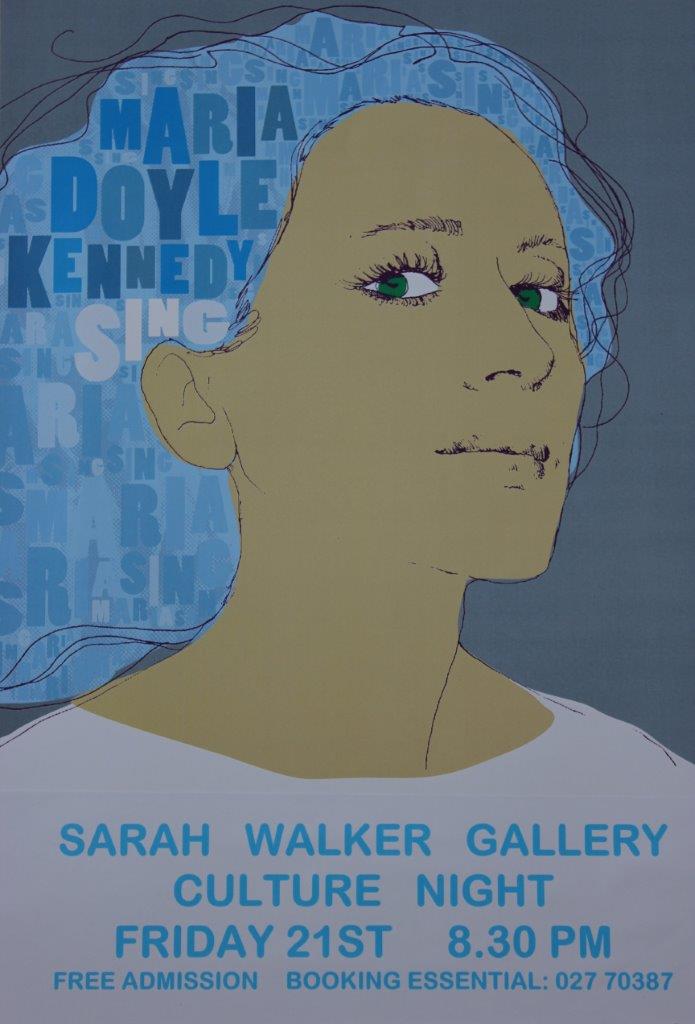 In 2001, Kennedy released music on Mermaid Records, a label she founded herself. Her debut solo album Charm was released in 2001. She coordinated Sirens which is a compilation album of female artists and which was released in 2003. She released an album Skullcover consisting of cover versions in 2005, and Mütter in 2007.

Kennedy’s new album with her husband Kieran is called The Storms Are On the Ocean. A collection of Appalachian standards dressed in darned gowns, its spiritual siblings are Plant's Band of Joy, PJ's White Chalk and Gillian Welch's stark daguerreotypes. Here are courtly tunes, murder ballads, child ballads and death fugues all backlit by Kieran Kennedy's acoustic guitar, banjo and piano.

Both of her solo albums have been nominated for Meteor awards and her forthcoming project sees her teamed with U.S. country music legend John Prine Damien Rice and Paul Brady. Sing was released September 2012 and reached no 4 in Irish charts.