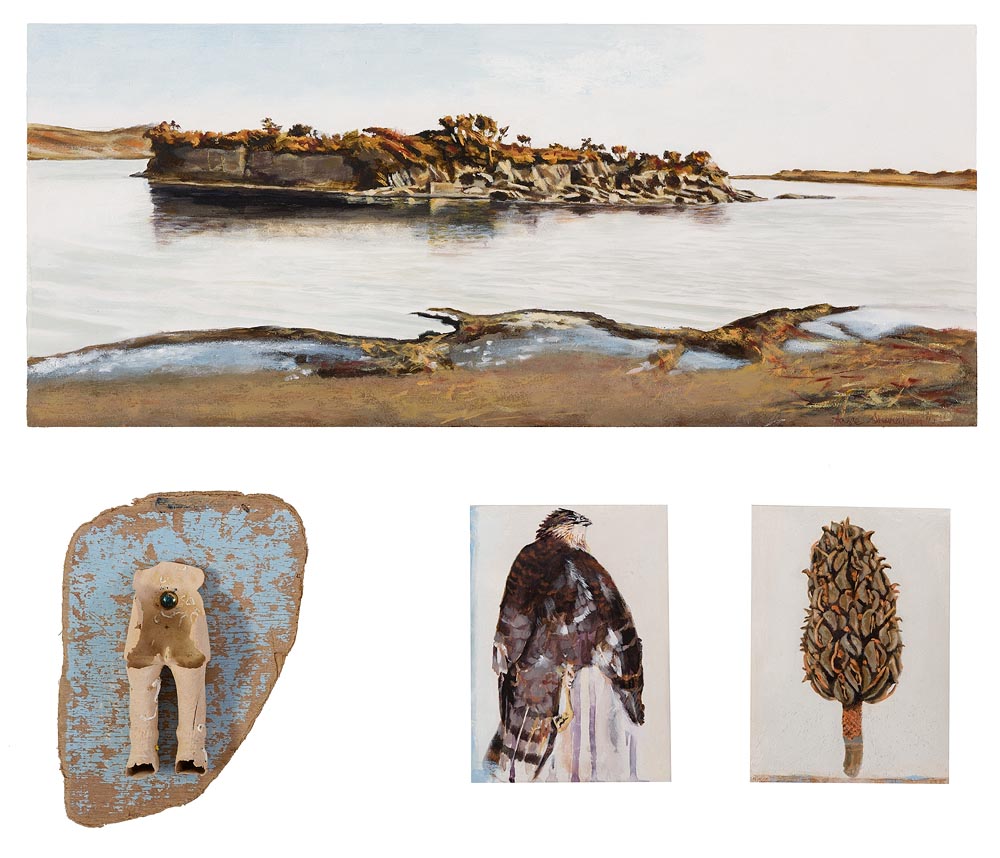 'Sunlight, turf smoke, seagulls, boatslip, diesel.
One by one we were being handed down
Into a boat that dipped and shilly-shallied
Scaresomely every time. '
(From Seeing Things by Seamus Heaney)

Island - Oileán is a multi-faceted art project inspired by journeys to selected islands along the Irish coast. Islands lie apart and are self-contained, yet at the same time they are dependent on the life-line provided by a ferry. The narrative of the exhibition begins with Naomh Ciaran 2, a former mail-boat that for many years sailed among the numerous islands of West Cork, from Baltimore to Cape Clear. These voyages across water act as an insight into the sociology and history of the islanders, the narrative of the boat acting as a powerful symbol for migration and the ebb and flow of island life.

The project was initiated by Angie Shanahan in collaboration with Jacqueline O'Driscoll and Eileen Singleton and was launched in autumn 2015. It has so far involved residencies and workshops funded by the Arts Office of Cork County Council on Cape Clear and Bere Islands in Co. Cork. The workshops were headed by Eileen Singleton and collaborated with children and adults on the islands to make plaster casts from objects that have significance or meaning to the individual. The seven inch square plaster panels are a powerful expression of the lives, memories and interests of each individual islander who made them.

The workshops and residencies have also acted as an inspiration for the three artists' work and this four week exhibition at Sarah Walker Gallery will be the first of their ongoing series of paintings, prints and sculptural ceramics. The exhibition will also feature found objects, archival material from some of the islanders' lives and plaster casts from the workshops, as well as a short film by Aisling Browne, producer and director.

The exhibition will be "an ongoing journey through water and memory", and the aim is to document it in a publication that will feature artist images, archival material from islanders’ lives, and contributions from journalists, writers and poets. The plan is to then exhibit the show in galleries in each county, either on the mainland or, where possible, on islands, to further foster an awareness of arts spaces on Ireland’s many islands.