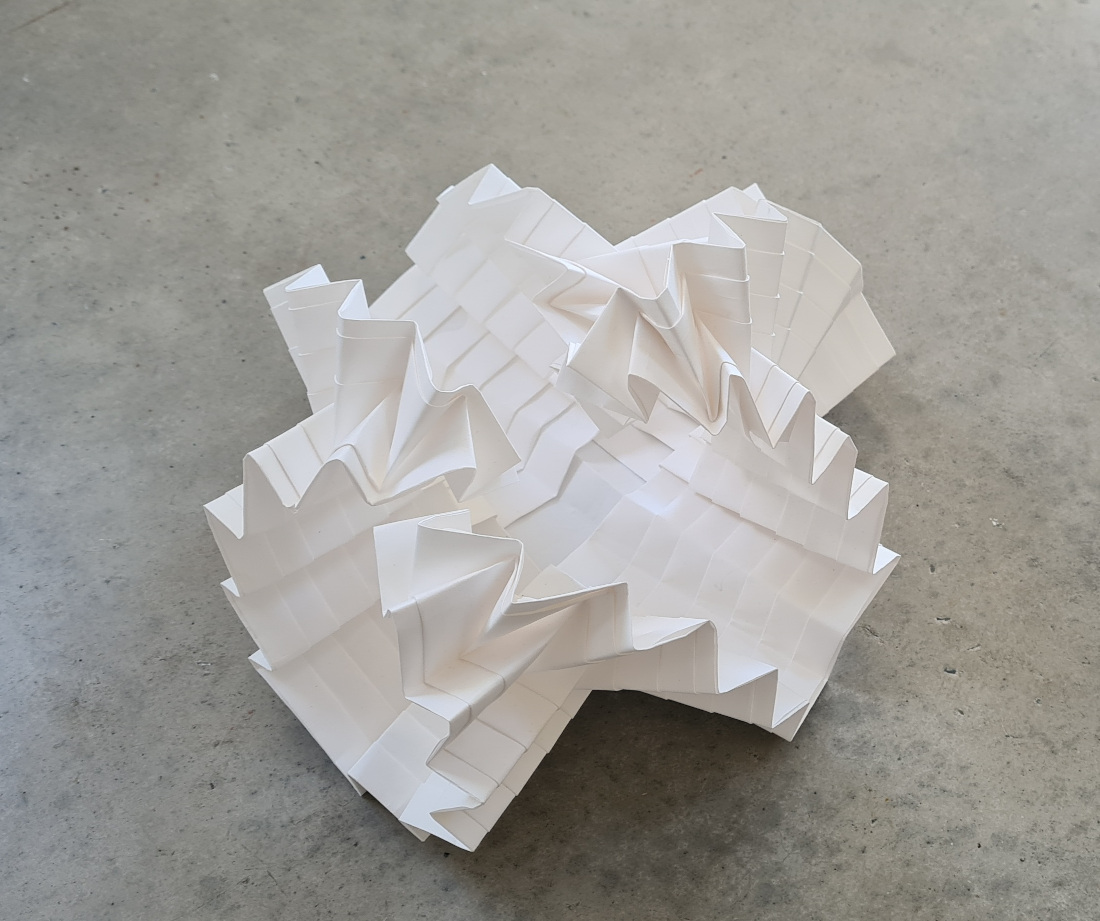 Paper is the medium that Rosemary chooses to work with, using mathematical, geometric, and natural patterns, transformed through paper by means of measuring, cutting, scoring, folding, and pleating.

She is also testing a range of fabric, lighting, and shadows, with the view that paper has a life of its own, each fold made leads onto the next seemingly directing itself, careful not to push too far it will snap.

It is important for her to try and recreate some form of movement, looking at forms found in nature and natural patterns, sometimes introducing a light source. Rosemary became interested in paper manipulation a few years ago while studying at the Crawford College of Art and Design, after a visit to the Albers exhibition in The Gluckman, UCC. This then gave her the idea of bringing her knowledge of paper folding into her work in ceramics, by means of slip spraying the paper pieces, then firing them in the kiln.

Using 120-gram Fabriano paper, her current body of work uses a combination of accordion and knife pleats, which are pulled and manipulated, always trying to recreate the illusion of movement.