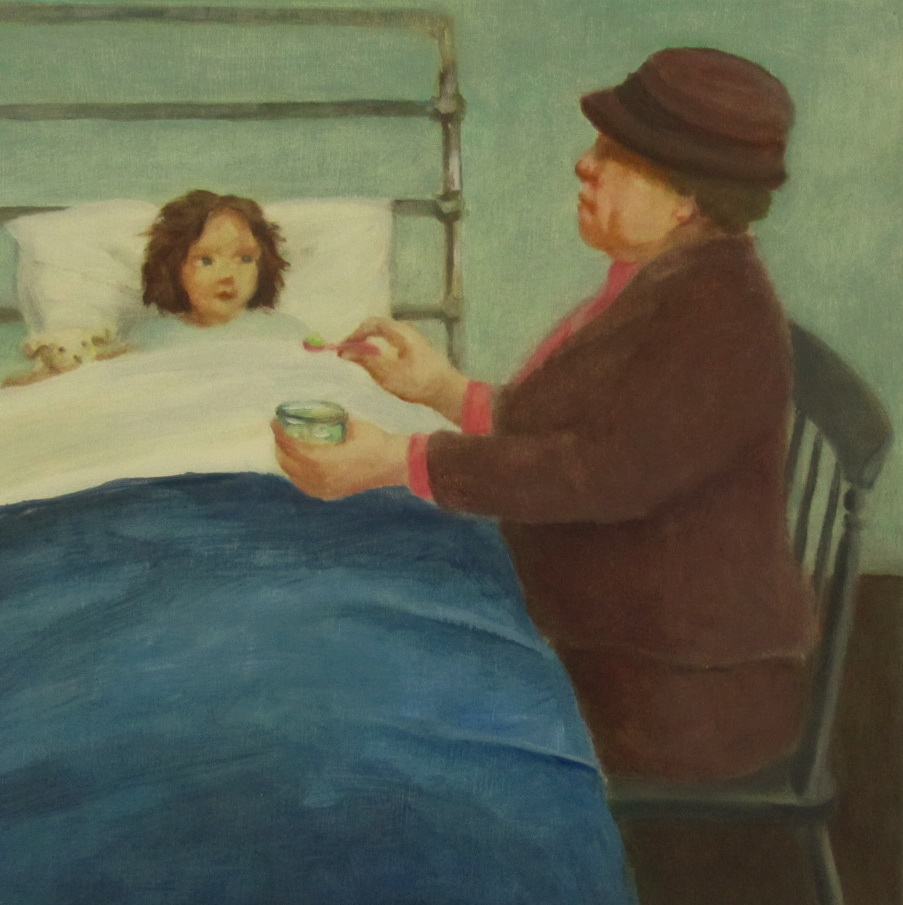 'Eat Your Porridge' is an exhibition of a series of recent paintings by Jenny Richardson, painted from memories of the time she spent in the Princess Margaret Rose Hospital in Edinburgh in the early 1950's.

Having contracted polio in Tripoli, Libya where her army doctor father was in charge of the British Military Hospital she was then brought to the PMRH in Edinburgh. At only 4yrs of age Jenny was shocked at her parent's desertion & was left immobilised in bed on a wooden board, to be exercised only in water, avoiding all load bearing activity whilst the staff worked to reactivate her wasted muscles. Here she would reside for the next 12 months. During this time Jenny was subsumed into the institutional world of the ward, whose great windows looked out on a grey Scottish cityscape, so far from the mimosa tree outside her bedroom window in Libya.

The images and atmosphere captured in Jenny's paintings evoke a vivid feeling of loneliness. In the painting 'Meet The Parents' a bewildered little 4yr old girl looks up at the virtual strangers who had come to take her home. In many of the paintings Jenny is seen clutching her beloved toy lamb that the nurses had washed and flattened through a mangle for fear of contracting African germs.

The exhibition also includes beautifully illustrated letters from her father during the year in hospital.

To accompany the exhibition is an illustrated book with text by Philip Boxberger who Jenny met in Dublin in the 1980’s and discovered he had also been treated for polio and had spent two periods of time in the same hospital later in the 1950’s and in the 60’s.