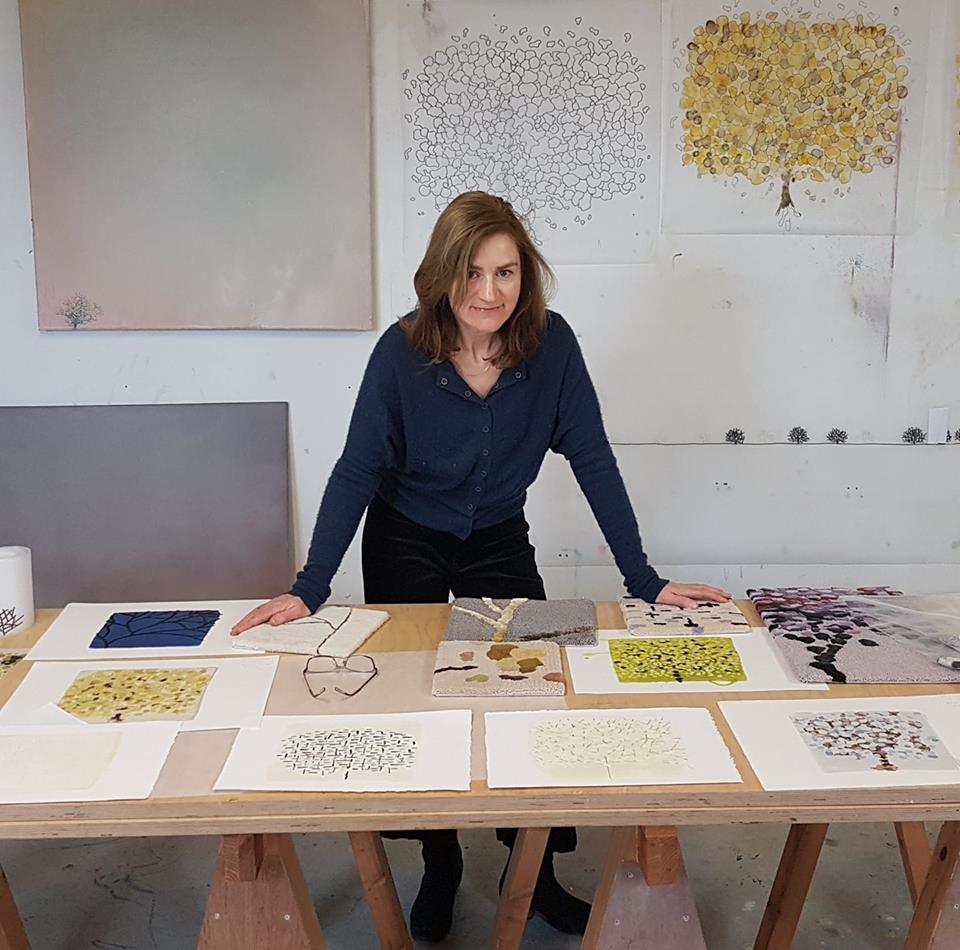 Sarah Walker is a painter living and working on the Beara Peninsula, West Cork. She grew up in Dublin where she studied Fine Art at the National College of Art and Design; she moved to live permanently in Beara in 1991.

She exhibited with the Fenton gallery in Cork from 2000 until 2009 and with the Hallward gallery in Dublin from 1990 until 2006 in a series of solo shows. She has exhibited in numerous selected shows around Ireland including EV+A, the RHA annual exhibition and the Victor Treacy Award Exhibition. In 1994 she represented Ireland in the 26th Festivale de la Peinture, Cagnes sur Mer, France. She has had two solo exhibitions with Galerie Orange, Helsingor, Denmark and exhibited in Boston University, USA. In spring 2000 the West Cork Arts Centre, Skibbereen had a 10-year retrospective of her work. In 2005 she had a solo show in San Miguel de Allende, Mexico and took part in C2, an exhibition of contemporary art in the Crawford Municipal Gallery, Cork. In June 2010 she was an invited artist in “Case” at the Lavit Gallery and also had a solo exhibition with the Morris Gallery in Skibbereen, Co. Cork. She exhibited in the Kinsale Arts Festival, July 2011 in “Point to Point” curated by Gemma Tipton

In 2012 November she showed in the major fundraiser auction in the Lavit gallery, Cork. In June 2013 Sarah took part in the exhibition “Out of the West” in the Lavit Gallery and also that month her work was shown in Florence Fashion Week to compliment the Inis Meain Knitwear collection.

In January 2015 Sarah had her first solo show with the Oliver Sears Gallery, Dublin titled “The Boxing Diaries” about her two sons engagement with the sport.

Her wild flower paintings 'Flora' were exhibited at the Lavit Gallery. Cork in May 2015.

Sarah was on the selection panel of curators for the RDS Visual Arts Awards Exhibition 2016.
She took part in Residence, an exhibition hosted by Oliver Sears Gallery in Fitzroy Square, London in October 2016 where she exhibited a tapestry hand-made to her design in Connemara. In May/June 2018 Sarah had a solo exhibition of her tapestry designs in Oliver Sears Gallery, Dublin, the tapestries were made by Dixons of Connemara.

From April to May 2020, one of Sarah's paintings was featured as part of 'The Time of Our Lives' online exhibition by Oliver Sears Gallery The title of the exhibition makes reference to a poem by Hugo Williams, which deals with finding reassurance and comfort by looking to the past.

In October/November of 2021 Sarah Walker again exhibited in Oliver Sears Gallery. Accompanied by an illustrated book, the exhibition narrated the story of the artist’s maternal grandfather, Walter Leonard Cole, T.D. and Alderman and of his magnificent house in Mountjoy Square, an underground meeting place for the Dáil and Treaty negotiations in early 1920s Dublin.

Sarah has received numerous awards from the Arts Council and the Cultural Relations committee to exhibit abroad and was awarded an artists residency for Sapporo International Art Park, Japan in 1988/89. In 2001 she was invited to do a six- week residency at the Ballinglen Arts Centre, Co Mayo and has done several residencies at the Cill Riallaig Project Co Kerry since 2005. She now acts as a curator for the selection panel for the Cill Riallaig Project.

In 2000 Sarah Walker opened her own gallery in Castletownbere, Co. Cork in a shop front on the main street. In 2003 she moved the gallery to it’s current premises on the waterfront. There, as well as showing her own work, she has had successful exhibitions of work by fellow artists living in Beara and has supported graduate students from around the country by curating an annual graduate show. She continues to show the work of these graduates and other artists in various exhibitions in the gallery throughout the year.

The gallery is also now a lively venue for music and the arts with live gigs, theatre and poetry readings.

Now available in the online gallery...

Beautiful cards and posters featuring prints of some of Sarah Walker's favourite paintings. 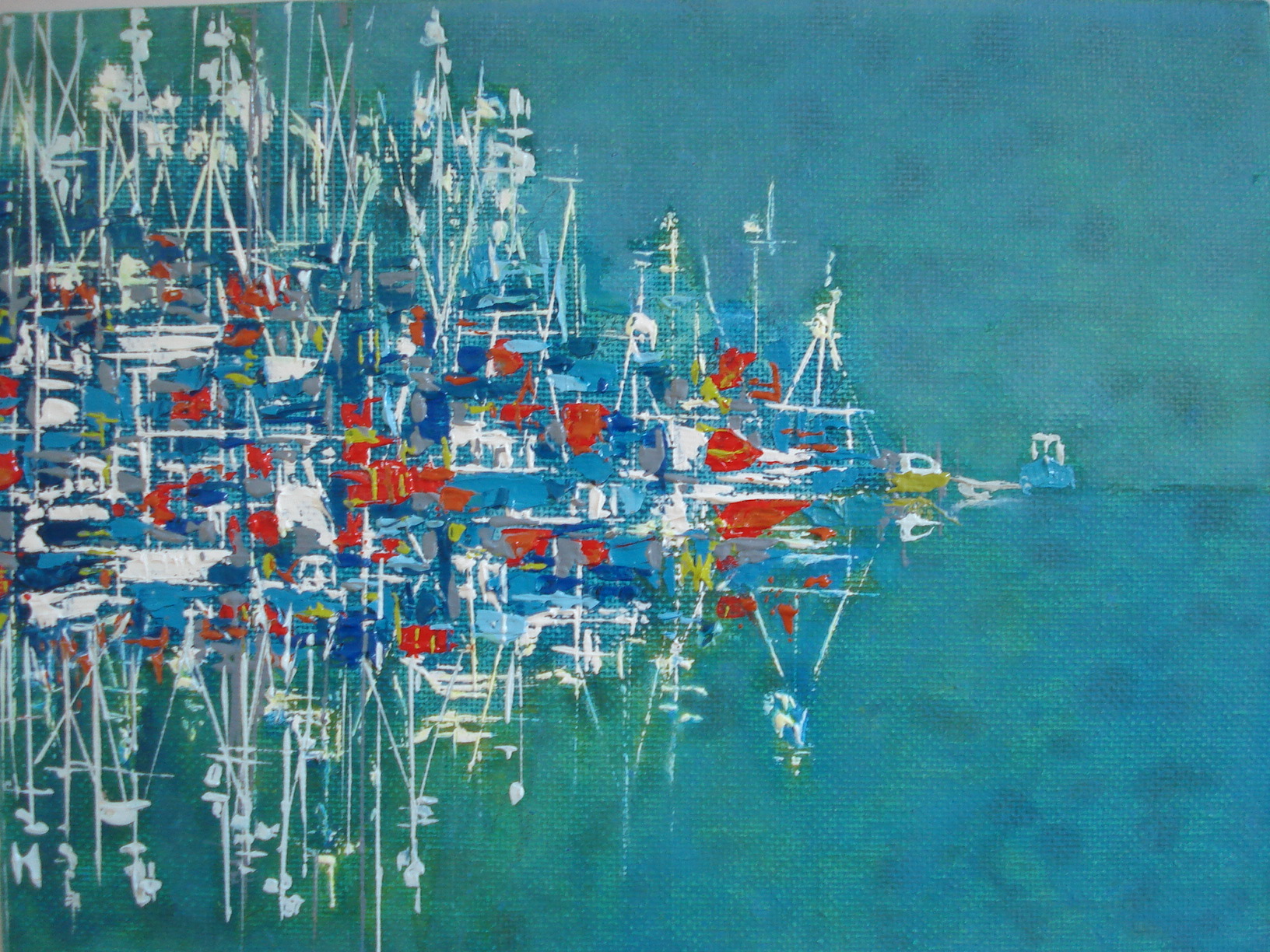