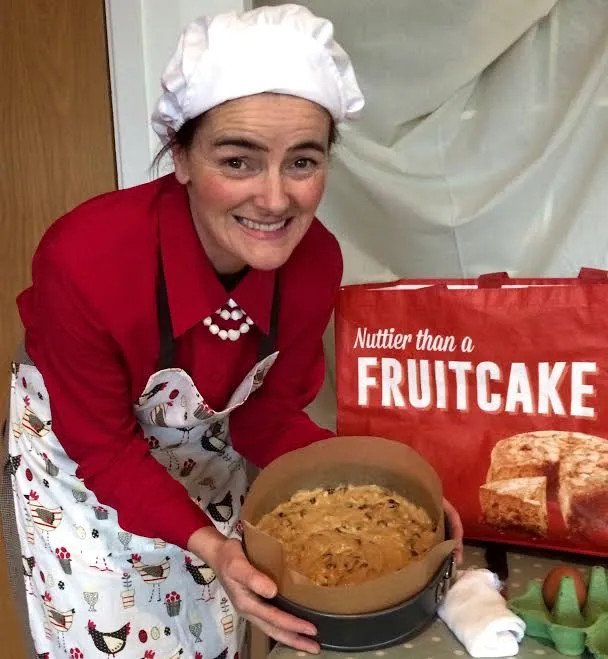 Alice Barry of Noggin Theater Company will perform her one-woman show Fruitcake at Sarah Walker Gallery on August 4th. Noggin Theatre Company has toured nationally and internationally and Sarah Walker Gallery is delighted to host her and what promises to be a brilliant show. Alice is quick to point out that although the piece is titled ‘Fruitcake’ and the premise is that of a woman coming to give a cookery demonstration the production is equally loved by men and women aged thirteen and over as it tells the story of growing up on an Irish country farm. It is a dark yet funny tale involving hardship, murder and intrigue but most of all great sacrifice, realisation and love.

Alice Barry graduated from the Samuel Beckett Centre, Trinity College, Dublin in 1995 and has worked extensively as an actor in theatre, radio and television. Her plays include 'Nobody's Child' and 'I Like Armadillos', which premiered at the 1997 and 1998 Dublin Fringe Festivals. Barry founded Noggin Theatre Company which produced Cat Melodeon for the Dublin Fringe Festival 2000. Her radio plays, such as 'That's Not a Name I Know', 'Nobody's Child' and 'Unforeseen Circumstances', have been broadcast by RTE Radio 1 and BBC Radio 4.