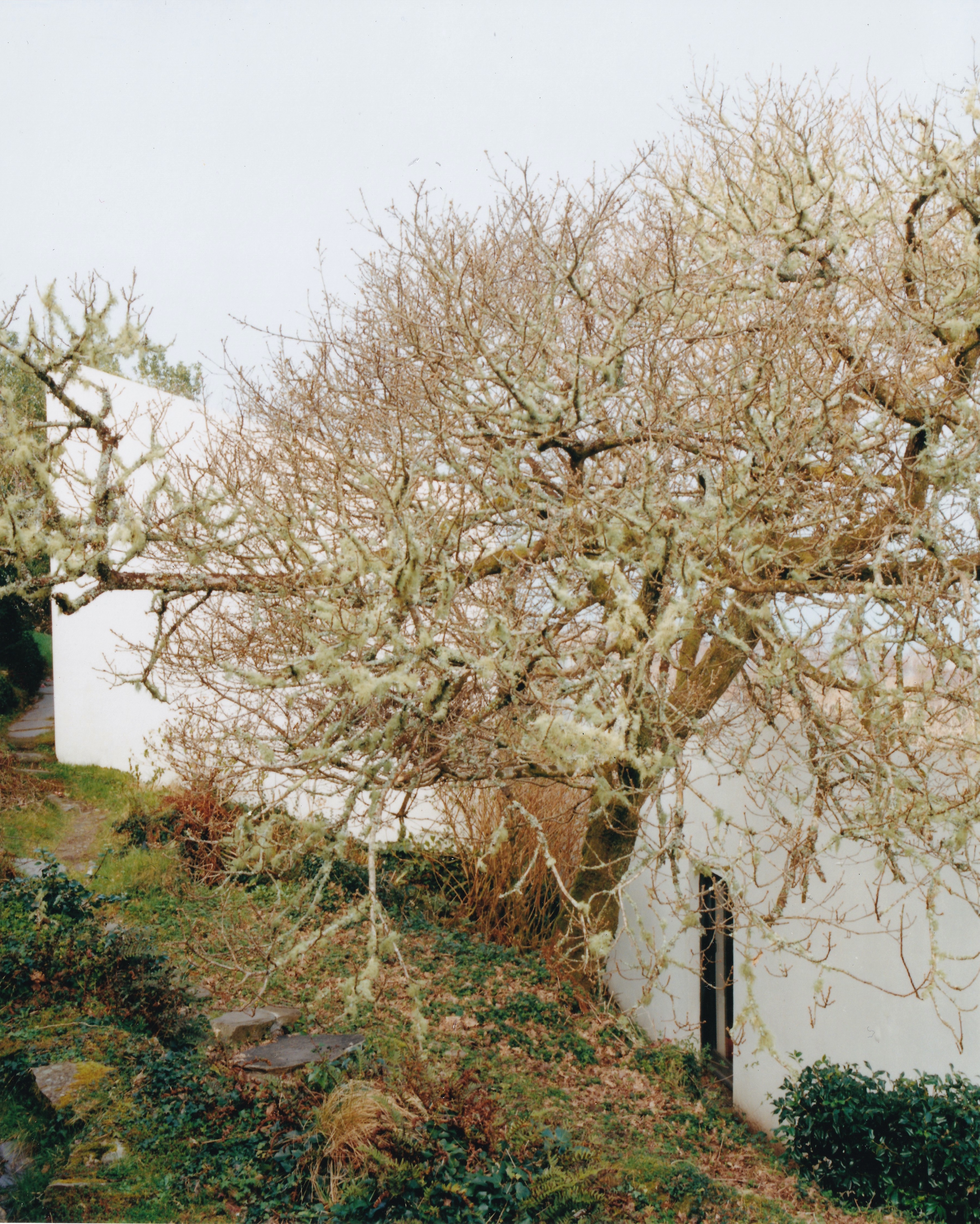 A visual and sound exhibition by Noreile Breen and Áine Gallagher, using drawings, photographs,and sound to present an on-site record of Robin Walker's Bóthar Buí on the Beara Peninsula, Co. Cork. Using their practice mediums, they present their analytical and observational findings in the gallery for the month of August.

Noreile Breen is an architect and lecturer based between Dublin and Kerry. Her practice focuses on creating buildings which have a rich spatial character with distinct qualities of light and are rooted in the built heritage of the Irish rural landscape.

Áine Gallagher is a sound artist and radio producer whose work uses conversational and observational audio recordings to present an aural understanding of our cultural landscape. She is focused on composing relationships between the human experience and the conceived environment.

Her work incorporates unique perspectives on music, audio technology and storytelling to create narrative content which seeks to inform in ways which are aurally intriguing and beautiful. She is particularly drawn to recording situations of cultural interest that may otherwise remain hidden or undocumented. Sound holds the rich potential to render information and landscape in unobtrusive but intimate ways. Áine’s work adopts such an approach to present sound art that intertwines field recordings, music and processed found sounds to create dynamic and illustrative landscapes for the listener.

Áine presents three sound pieces of roughly 25’ each in length which play concurrently on a loop. The pieces are made using aural footage from the interior, exterior and immediate environs of Bóthar Buí. These sounds are interwoven, and while they are not always directly linked, they communicate with each other. They serve as a kind of aural diary of her time spent in and around Bóthar Buí. As her familiarity with Bóthar Buí grew, so the surrounding aural landscape expanded.

Within these recordings are heard the obvious environmental elements: weather, birdsong, navigational activity; but then there are boilers, dehumidifiers, and the distinctive rhythm of the chosen steps on slate which best suit an individual's footing to make the journey from the main house to the lower bedroom.

The glazing is single and the roof is tin. The June rain seems to strike with a slightly different timbre to the rain in February. The angled earth underfoot is never far and thus the ground seems to run everywhere. In parts life creeps through the walls. The outside seeps inwards and the inside moves outwards. Conversations that echo from the yard carry a brightness when heard from the top of the site that is not present when heard at the bottom towards the sea.

In addition to this content from Áine’s aural diaries the listener will hear accounts from two of Robin and Dorothy Walker’s children: Simon and Sarah. They frame the house in a way which no one else can. Along with their other three siblings they were a part of Bóthar Buí’s inception; they have and will continue to influence it.

“After spending almost two months in Bóthar Buí I realise that if a building works, you should let it guide your movements. I present my document in sound in hopes that you, as listener, will gain access to this place in the way that I did. I spent time here both alone and in company and still reacted to it in the same manner: I followed its lead. You will hear snippets of this. This content is secondary however, to that provided by some of the select few who know it and its creator intimately.”

Noreile Breen is an architect, in all the senses of that name. In this exhibition, which attempts not only to document, but also to uncover, the architecture of Robin Walker’s Bótharbuí, she uses all the investigative and representational tools of the architect. Measured drawing, line sketches, photography, scans, mapping – all are employed in digging for the truth of this sublime work of architecture. Then they are brought together, at large scale, in the magnificent room of the gallery, in an act of transponding some of the essence of that site.

Bótharbuí is not conceived as an objective, geometric composition, but as a happening, a confluence of physical and perceptual phenomena. It represents a multiplicity of microcosms, each one with its own distinct, topological attributes. Any single spatial understanding is broken down into a sequence of different autonomous structures and rooms, organized according to variable positions within the terrain. The house seeds itself into the site, in a complex topological organization of six separate buildings, located around pathways, terraces, trees and ancient enclosures. While this horizontal layout is modern in kind, intensifying the active presence, maintaining an implicit, active relationship with the physical environment, it is overlaid by a commemorative layout, represented by the original cottage and stone sheds.

Bótharbuí has been described as an almost “mythical” place, partly in the sense that it also refers to the macrocosm, because it is infinite. Without meaning to ascribe to any doctrine, whether God or Allah, or indeed Nature itself, this term helps to explain what is meant by “an architecture that can’t be drawn”. The 16th century conflict between Eastern and Western methods of representation in painting embodies the difference between how Allah sees things and how things really are.

If the Western method derives from an actual viewpoint, which involves the technique of perspective, then that ultimately leads to an image, or a depiction, which can be described as “picturesque”. But Bótharbuí cannot be adequately understood by the picturesque. Allah sees things all together, from above, in a cosmic, not a perspective view. That is how Noreile Breen is attempting to render Bótharbuí – in mapping the pathways and flagstones which lead from one building to another, in taking large format photographs of the impossible detail of trees and plants, in photographing the shadows cast on walls which act like blank sheets of paper held up against the landscape.

An exerpt from ‘An Architecture That Can’t Be Drawn’; an essay by Simon Walker

Exhibition runs through August   Open 11 to 6 Every Day